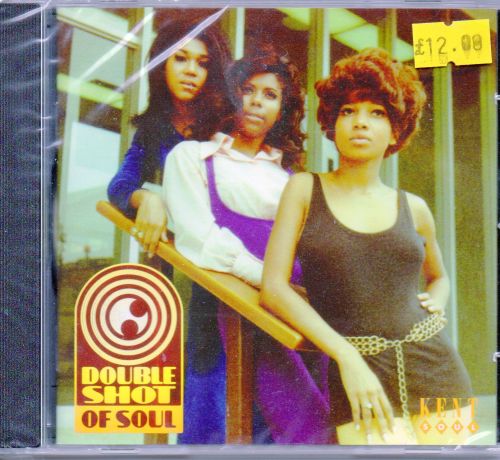 s any California-based habitual vinyl junkie will attest, it's hard to avoid the bright yellow label of a Double Shot single when plowing through racks of dusty 45s in the vinyl emporia of the Golden State. For their stewardship of the great Brenton Wood alone, the company has its place in the soul music pantheon. They were also part of a dying breed - Double Shot was amongst the batch of Los Angeles indies, like GNP Crescendo, White Whale and A&M, who still managed to apply the independent spirit of the 1950s-early 1960s record biz at the twilight of the decade, in the death throes of the industry as they had known it.

DOUBLE SHOT OF SOUL focuses specifically on what, with hindsight, was the label's greatest strength: a commercial, yet hip brand of R&B and funky soul, seasoned with the appropriate rock/pop touches. Though the label hit paydirt with the 1966 garage rock smash Psychotic Reaction by Count Five, the bulk of their catalogue was in fact soulful in nature. Double Shot's other big act was Brenton Wood, and his success with hits such as Gimme Little Sign drew mostly black acts to the company over the next five years.