ROBERT MONTGOMERY - LOVE SONG ABOUT YOU 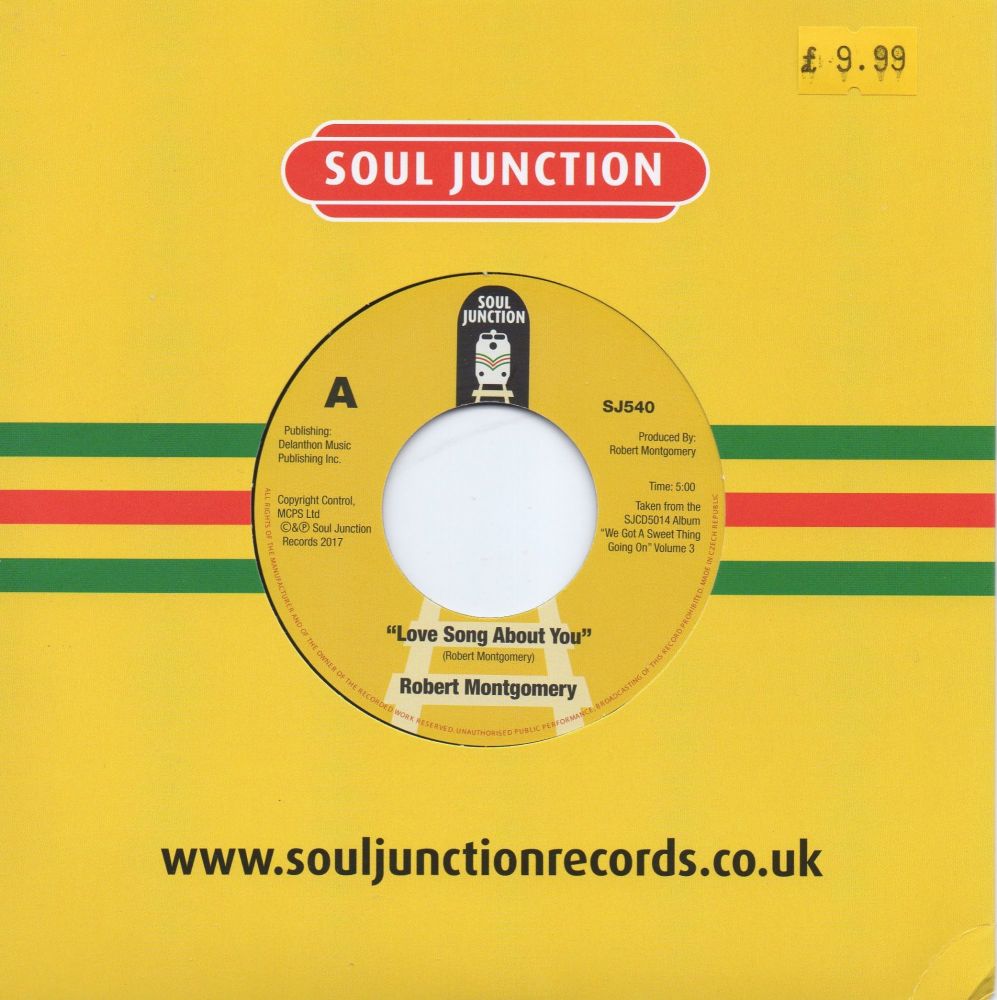 b/w I Love You So (Previously Unreleased)

Audio Recorded via an iT TUSB05 USB Turntable direct to Audacity with no additional processing and exported as .320 MP3

Robert Montgomery is a Singer, Songwriter, Performer, Producer, Keyboard and Organ Instrumentalist, who began his music career in his early teens jamming with local bands in his small hometown of Rome, Georgia. The most notable being “The Sons of Aries”. Performing their own blend of rock, soul, and jazz, kept them very busy throughout the southeastern states. However, they never gravitated to recording any original material, and eventually disbanding.

It was then that Robert began to write his own songs. One such tune was the soulful “I Need You Girl,” a song based on personal experience with his future wife, Emma. By now in his early 20’s Robert was an aspiring solo artist. Hooking up with a crafty local businessman named Jeffrey Jackson Jr, He entered the studio and recorded “I Need You Girl,” using guys from his former group who were by then called ‘Chain Reaction’. So the song was released on Jackson’s label, Crescent Records, but due to a shoestring budget the 1000 copies pressed were poorly distributed and the song never really achieved any great level of success.

Following 12 months on the road with a group called Villaruz, in 1978 Robert moved to Atlanta. Following an invitation to join a band he’d heard rehearsing as their keyboard and organ player, Robert began a short tenure with the Michigan funk group “Ripple” who themselves had moved to Atlanta upon signing with GRC Records. Ripple recorded several hit singles for GRC including “I Don’t Know What It Is, But It Sure Is Funky”. Followed by the seminal album “Sons Of The Gods” for Salsoul Records in 1977, which featured their perennial disco/hustle classic “The Beat Goes On And On”. During a later period of reconstruction by Ripple’s band leader percussionist Brian Sherrer. Robert used musicians from Ripple to record four self penned songs as a vanity project which remained unissued, two of which have since been released as a Soul Junction 45 the modern soul dancers ‘Time Of The Day/Take Me High’ (SJ537). While a third track, the excellent ballad ‘Love Song About You’ made it’s initial debut as part of the popular ”We Got A Sweet Thing Going On “ (Volume 3) cd compilation series to great acclaim, following requests for it to put on a 45 we have duly obliged placing it back to back with Robert’s remaining previously unissued track the more dance orientated “I Love You So” complete with girl backing singers. Thus in doing so, we have now completed the trilogy of Robert Montgomery’s recording output.