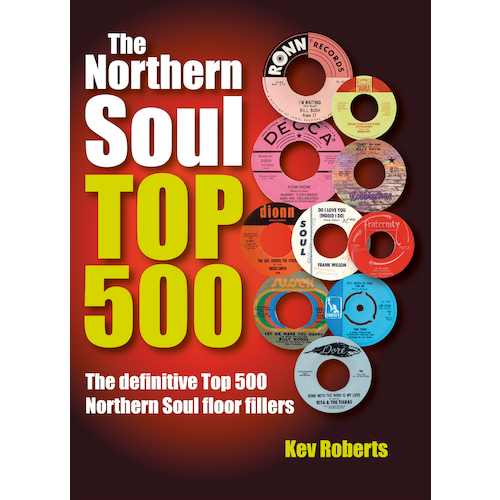 The Northern Soul Top 500. A new re-constructed, revamped edition of the best seller from 2000.

440 pages. The popularity of Northern Soul is right here in one slam-dunk refreshed essential read.

In 2000, the first book of its kind focussed on the popularity of the music culture NORTHERN SOUL.
A skilful and accurate appraisal of the much spoke about ‘scene’ culminated in strong sales not only from seasoned event goers and collectors, but newcomers with a thirst for knowledge about why these records are so sought after while largely being ignored upon first release.

Fast forward 22 years and the author reinvigorated decided to re-assemble the entire popularity of the legendary music genre by categorising THREE different 500’s, DJ Top 10’s and a Bubbling Under.

What is the true number 1 single?
Which 45’s have sky rocketed in value?

Fascinating facts and trivia with a lifetime of experience.
The traditional big turntable hits followed by the emergence of a Soul night chart and a Rarer more collector focussed listing, are all featured in one glorious salute to probably the most remarkable music culture of all time