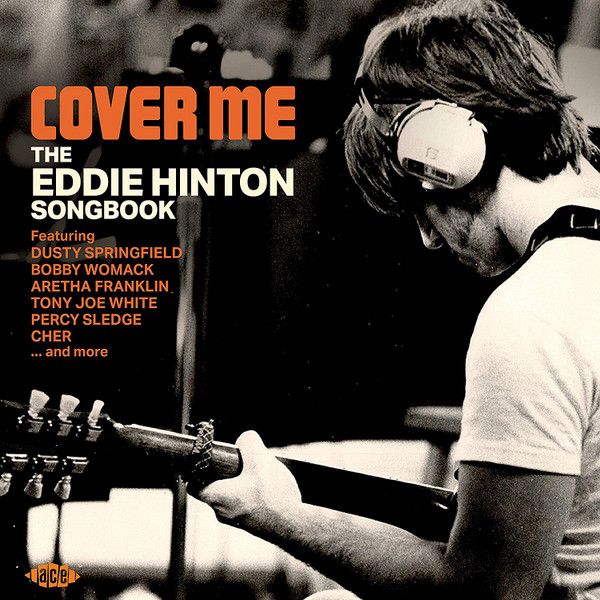 Versions of two dozen of the finest compositions from one of Muscle Shoals’ most admired singer/songwriter/musicians of the 60s and 70s.

Atlantic Records’ Jerry Wexler said he was going to be “the next big thing” more than 40 years ago. Sadly, life dealt Eddie Hinton several poor hands in his 51 years on Earth, from a minor early 70s drugs bust that led to a premature departure from his home in Muscle Shoals to the release of a fantastic debut album in 1977 that got buried when his record label went bankrupt weeks afterwards, to a fatal heart attack in the 90s, just when he was finally beginning to achieve a long-deserved level of international recognition. No wonder he once wrote and recorded a song called ‘Hard Luck Guy’. If anyone ever earned such a soubriquet, it was Eddie Hinton.

This month Ace pays tribute to Eddie’s compositional skills by making him the latest exceptional talent to feature in our highly regarded Songwriter series. The songs here span approximately the first 10 years of his career. Between 1967 and 1977 he was writing with Muscle Shoals notables such as Marlin Greene, Donnie Fritts and Dan Penn, as well as playing guitar on almost every session held at Quinvy and Muscle Shoals Sound studios between 1967 and 1972. Eddie and his collaborators wrote great songs together, and many of the best can be heard here. In many cases he also cut the original versions of his songs, and if you are at all familiar with any of the three volumes of his demos that our friends at Zane Records released in the early 2000s you will be able to hear how closely many of the artists here followed the template of his incredibly soulful voice.

Eddie’s most famous song is probably ‘Breakfast In Bed’ but it is by no means the only great one in his catalogue. Apart from Dusty Springfield, his compositions have been recorded by Cher, Lulu, Alex Chilton, the Drive By Truckers, Percy Sledge and Aretha Franklin, to name just a few discerning souls who recognised their abundant qualities. If that isn’t an indication of how great a songwriter he was, then nothing is.

Many of the tracks included in “Cover Me” are making their first appearance on UK CD. Some have never been reissued in any format. All offer a permanent testament to the talent of a man who was loved by his peers and is now recognised as a pivotal figure in the evolution of Muscle Shoals music.